You are in...
Home Almería Pechina
Read more Read less

Village situated in the centre of the valley of the same name, at the foot of the Sierra de Alhamilla. It has light-coloured low houses over which the church stands and which seems to dominate from a distance the immense orange groves and the hills and gullies that make up the landscape.

Within its municipal area known as Sierra de Alhamilla Natural Beauty Spot, a place of great ecological and scenic interest due to its abundant vegetation (consisting of a holm-oak wood in very good condition and replanted pine woods) and to its ornithological importance.

Place of entry for the Mediterranean cultures. Nearby was the Iberian and Roman town of Urci, and here was also the Moslem Pechina.


During the Al-Andalus period it was the capital of a region and of the Maritime Republic Bayyana. It was Abderraman II who commissioned the defence of the coast of Almeria to the Yemenite tribes of Gassan and Ru'ayn. These tribes together with the andalusi merchants and sailors formed the Maritime Republic of Pechina. This zone was called Urs al-Yaman. Its capital Bayyana perhaps took its name from a Roman country house called Fundus Baianus which existed there.


This Maritime Republic of Pechina maintained a certain independence from the Caliphate, with governors like Umar Ben Aswad al-Gassani who built the walls and a splendid mosque in the style of the mosque in Cordoba. Its products such as linen and silk were exported through its port al-mariyya Bayyana, currently Almeria.

In the X century Pechina was a cultural and spiritual centre.

Abderraman III, when he saw the predominance that the port of Almeria had acquired, converted it into the headquarters of the Caliphate's admiralty and the port for Cordoba in the trade with the East in the middle of the X century. Almeria was elevated to the category of "medina" and the capital of the region of Bayyana. Pechina was reduced to a hamlet.


When the city of Almeria was conquered in 1489 by the Catholic Monarchs, Pechina was an important hamlet on the river.

After the War of the Alpujarras (1568-1570) and the expulsion of the Moors from the Kingdom of Granada, it was left practically deserted. Alhamilla, an old hamlet of the area of Pechina and a place of rest and respite for its medicinal waters, was annexed to it. It was repopulated by 75 new settlers from western Andalusia, Murcia and Valencia.


The slow demographic growth during the XVI and XVII centuries was compensated in the XVIII with a significant increase.


The XIX century was characterized by the transformation of the agricultural production in the second half of the century to the "shipment" grape or Ohanes grape. The profits were quick and the population increased to 3,986 inhabitants. The improvement in the economic situation of the village contributed to the construction of new religious and civil buildings which made it bigger.

The crisis of the international markets from the beginning of the XX century onwards provoked the substitution of the cultivation of the "shipment" grape for oranges, although they were difficult to introduce onto the market due to the competition from the Spanish Levante and the archaic agricultural structures. This together with the successive crises of this century meant the population diminished rapidly due to emigration.

The weather today in Pechina 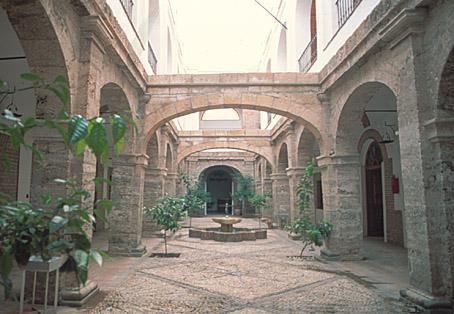 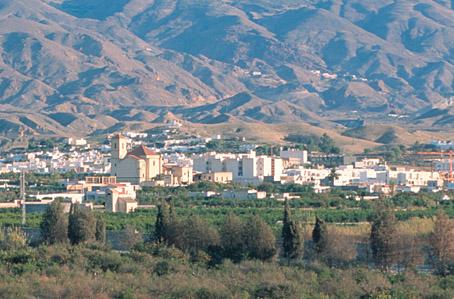