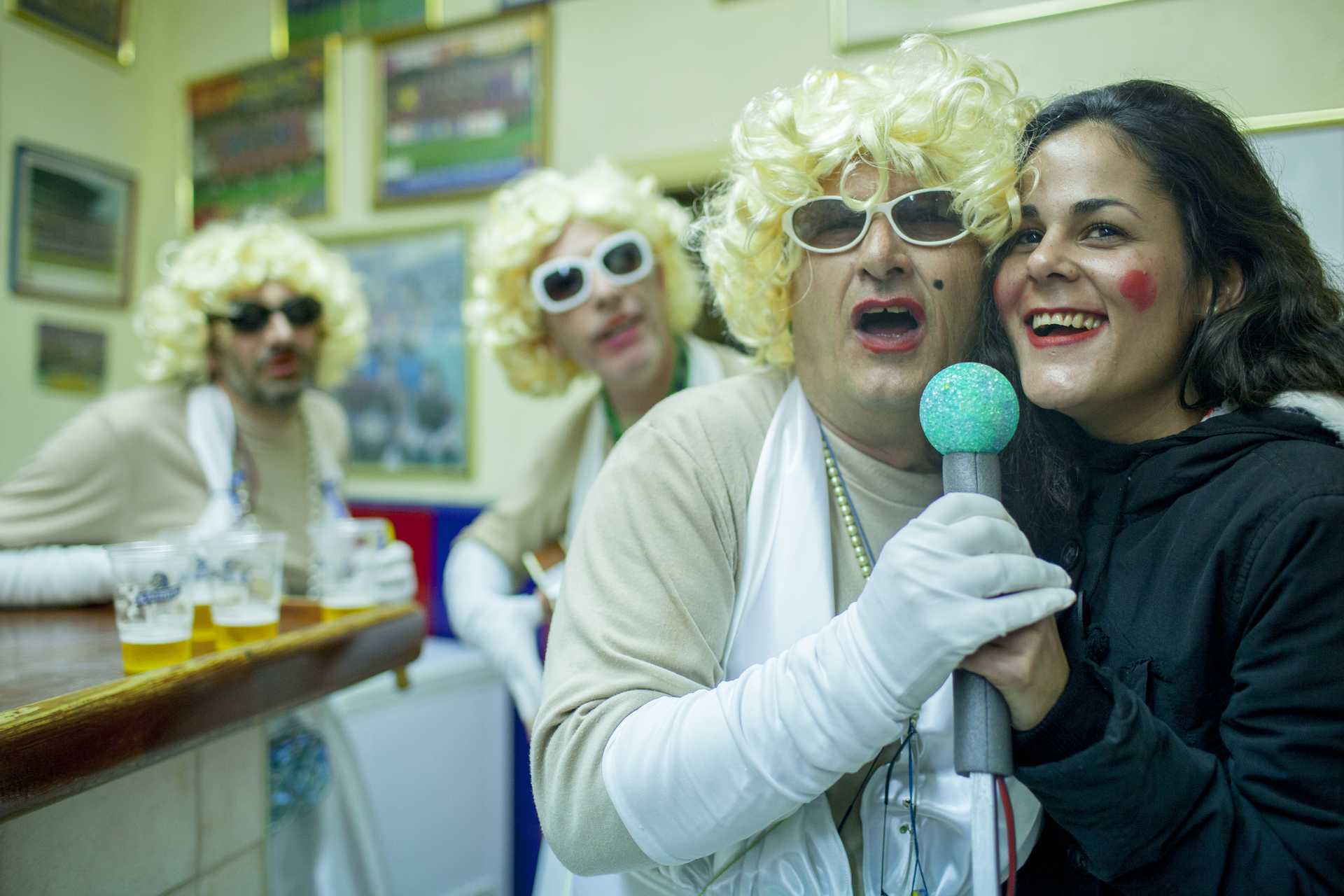 You are in...
Home Discover us Art and traditions The Carnival of Cádiz Music Group Competition

The Gran Teatro Falla theatre has a great popular tradition, not only in the city of Cadiz itself, but also in the rest of the province and the region of Andalusia as a whole.

For nearly 20 days, more than 100 groups compete in the competition stages through to the semi-final and final, where only a maximum of four groups per style are admitted.

The final takes place on the Thursday of the week before the celebrations begin and continues until early Friday morning. Despite its length, the show is watched and listened to by hundreds of thousands of people on television and radio. (Canal Sur TV and Canal Sur Radio offer special programmes from the Carnival).

The four styles of group taking part in the Falla Competition the Carnival of Cádiz are: Coros, Comparsas, Chirigotas and Cuartetos.

The Coro is the biggest group, numbering about 45 members. They include basses, back-up vocalists, tenors and the orchestra. The instruments include lutes, guitars and bandurrias (a kind of mandolin), as well as others depending on the costumes.

The repertoire tends to be: introduction, tangos, popular variety songs and potpourri, with the tangos being the most characteristic for this group.

They have about 14 members, divided into: Tenors, backing vocals, high tenors and contraltos. The main instruments used are bass drum, drum and guitar, but other instruments are used as well depending on the costumes.

The repertoire is composed of introduction, paso dobles, traditional variety songs and potpourri. The main type is paso dobles. They are the most serious groups in terms of their appearance, but the songs include many critical and protest lyrics.

These are composed of about 12 people, divided into: Tenors, backing vocals and altos. The instruments normally used are bass drum, drum and guitar, but other instruments are used as well depending on the costumes.

They tend to be the most amusing groups, often making use of satire and double meanings.

These have three to five members. The repertoire is composed of introduction, parodies, traditional variety songs and potpourri.

Their mainstay is parody, which represents a story usually associated with the costumes worn.

The only instruments are pairs of sticks, which they use as accompaniment for the songs, and also provide the main beat. It is a very difficult group, as its main aim is to make the public laugh.