You are in...
Home Almería Benitagla
Read more Read less

Small village situated in the Sierra de Los Filabres, in a rural semi-arid landscape in which the cultivation of almond and olive trees predominates and in which sits the little village, which has only one building of interest, the Parish church.

Before the War of the Alpujarras (1568-1570) it had 60 inhabitants, all Moors and 340 fanegas of working land. After the war and the expulsion of its inhabitants the village went through a process of surveying, delimitation and marking out in preparation for its repopulation in 1572. Due to the barrenness of its land, only six people came. The repopulation norms dictated by Felipe II were ignored and inhabitants from neighbouring villages were permitted to come.


In the Catastro de Ensenada (Official land registry), in the middle of the XVIII century, it had 262 fanegas of secular land and 69 of ecclesiastical land. Principally cereals, almond trees, olives and vines for home-made wines were grown. The mulberry trees that were grown in the Al-Andalus period had already disappeared. Irrigation was of scarce importance.

The weather today in Benitagla 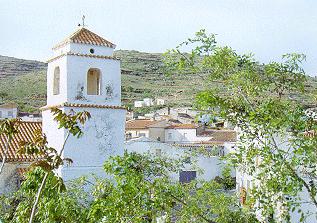 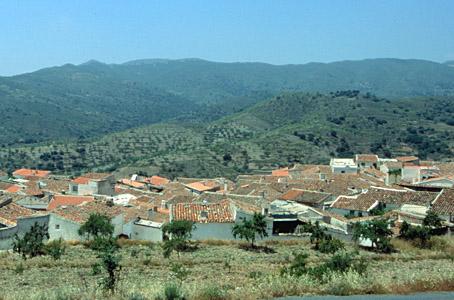