Huelva, the capital, is a coastal and maritime city overlooking the ocean, which lies between the Tinto and Odiel rivers. The numerous places worth visiting in this city include the churches of La Concepción, San Pedro, the Nuestra Señora de la Merced cathedral and the sites connected to Christopher Columbus and the Discovery of America: the Columbus House and Monument.

These places, known as the “Lugares Colombinos”, form a route which has been declared a historic-artistic heritage. The route passes through the area around Moguer and Palos de la Frontera, and covers the places in Andalusia which were particularly important in the preparation and execution of Christopher Columbus’ first voyage and to the discovery of America.

Places not to be missed on this route include the La Rábida Monastery, the Carabelas Wharf –the site of the replicas of the Pinta, the Niña and the Santa María–, and the Pinzón Brothers House-Museum.

Discover here all Huelva and the Columbus Sites have to offer. 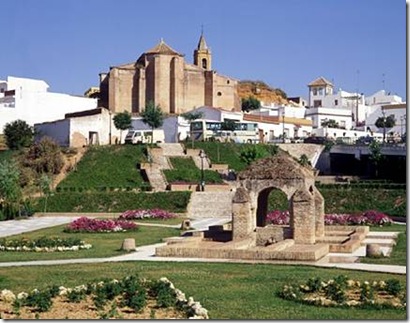