This village stretches across the area of Bajo Andarax and has become, after its independence from the capital, an important local industrial centre.

This economic thriving has benefitted the village as it has meant an improvement in its services and civic installations.

Until the beginning of the XIX century, it formed part of the municipal area of Almeria. Its origins are linked to those of Almeria. We can say that it is situated in the place where the flourishing Pechina was and which would give rise to the centre of population of Almeria as the inhabitants moved to a more strategic location. In reality, this large municipal area of Almeria comes from Visigothic times as it is a natural area delimited by the sea and surrounding rivers. In a decree in 1501, the Catholic Monarchs named Huercal a suburb of Almeria. In the Official Land Registry 1752 this village still appears with this name.


As it was situated on the route to Almeria through Torre Cardenas it was frequented by travellers. In this way the legend of the well-groomed woman was born. Many of these travellers claimed to have seen a woman combing her hair in the Peinada spring at night. This spring was used in other times for its curative properties.


With the conquest of the Catholic Monarchs this area lost much of its population and with the War of the Alpujarras (1568-1570), it was left practically deserted. Repopulation started in 1571. In later centuries the population grew very slowly. It was from the XVIII century onwards that the growth became more significant.


The real advance for Huercal came about halfway through this century when it was turned into a location for the industries of the town of Almeria. This provoked a development without precedent before our time. It has become one of the municipalities with the highest income per capita in Almeria, with the exception of intensive agriculture.


The tradition of the Night of Flowers (Noche de los Ramos) is worthy of mention. On Easter Saturday night, the young men offer bunches of flowers to the young women of marriageable age of their choice and play practical jokes on those they find unfriendly. 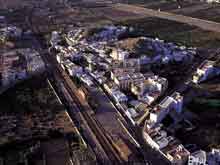 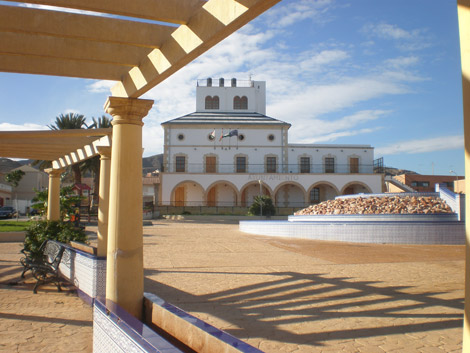