The municipal area of La Mojonera is on the coastal plain of the Campo de Dalias, at the foot of the Sierra de Gador.

It is the youngest municipality of the province due to its independence which only dates from 1984. Its land is dedicated for the most part to intensive greenhouse farming.

The segregation of this municipal AREAs, it might possibly refer to the division of two AREAs in nazari times, that of Dalias and Felix. With the Christian conquest the AREA of Dalias was given to Boabdil, but when he left for Africa, it once more became ownerless in 1493 and the AREA of Felix together with Enix and Vicar passed under the jurisdiction of Almeria. This also happened with the religious division. Through the centuries there were frequent conflicts between the two territories, and this is a possible explanation of its name.
When La Mojonera really began to be of importance was in the 60"s with the construction of a village named Camponuevo del Caudillo by the National Institute of Colonization (Instituto Nacional de Colonización) next to a farmhouse called La Mojonera. The establishment of this village was carried out in three phases (1958, 1964 and 1967) and was made up of 57 houses: 35 for settlers, 14 for agricultural workers and 8 for social services for the community. Each settler was given 2 hectares, although three and a half were stipulated.
Due to the bad quality of the water because of an excess of chlorides, the crops did not give the desired results and this is when the technique of sand filtering began to be used. With the peak in intensive greenhouse agriculture in the 70"s this municipal AREA began to grow. Some of the inhabitants of Felix and some services moved to the new entity formed by Camponuevo-La Mojonera. The growth was so rapid that in 1984 the segregation of the municipality was carried out.

The weather today in Mojonera, La 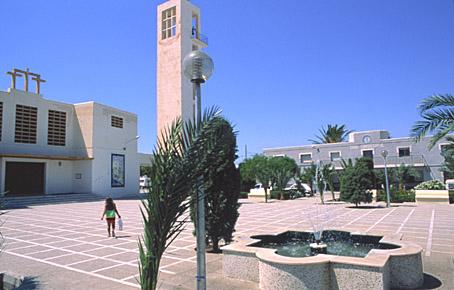 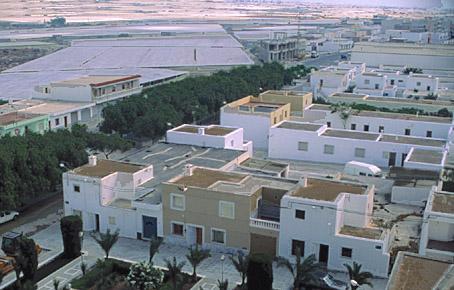