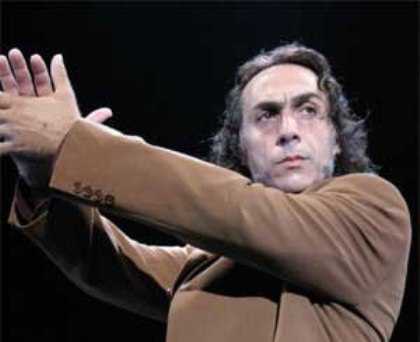 You are in...
Home Flamenco Gallery of artists Alejandro Granados

Alejandro Sainz Granados was born in Madrid in 1961 and his start in dancing was not related to flamenco at all. He began his career in Zaragoza, where he got trained by María de Ávila. After that, he had classes with Paco Fernández and Manolo Marín, as well as in the Ballet Nacional de España, from 1987 until 1990. There, he started to stand out as a choreographer and he became solo of the Ballet Español de Madrid. He worked for three season in the Festivals of Salzburg directed by Von Karajan, and after that he was partner of Lola Greco and Carmen Cortés. Later on, he made choreographies and danced for four years for Yoko Komatsubara. He has made many projects until he founded his own company, with which he works currently.