You are in...
Home Granada Castril
Read more Read less

Castril is a must for a visit. The image of the village, a subtle compound of stone, lime and tiles, changes depending on the distance. From the far away road it is a romantic vision, a perfect equilibrium between rock and village.

In the old town, the space shapes itself in stepped architectonic blocks, which reminds one of its Moorish past. If one wishes to experience all types of sensations is worth its while visiting the square called Plazuela del Cantón, next to Emilio's bar.

In the outskirts of the village, an unforgettable walk along the paths spreading through the canyon engraved by the river. And nearby the village, the Visitors Centre of the Natural Park of Sierra de Castril displays selected objects and common utensils used until recently by the locals, as well as complete information about the Natural Park, a protected area with an extension of 12,665 hectares that forms a part of the municipality of Castril.

It was the Romans who first utilized the shelter of its rock to establish a settlement, which must have been military related, since its name derives from the word castro, meaning "camp".


Under Muslim rule, it became a fortified area with constant tree felling.


Castril is also famous for its glass, which originated in the Catholic Monarchs period and is characterized by its yellow-green colour. Unfortunately, the technique to elaborate it was lost at the beginning of the century.

The weather today in Castril 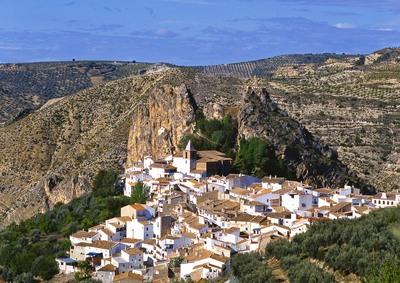 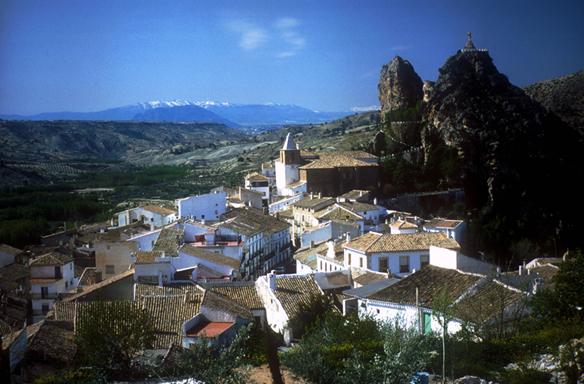 Guided tours of the Historical Site of Castril