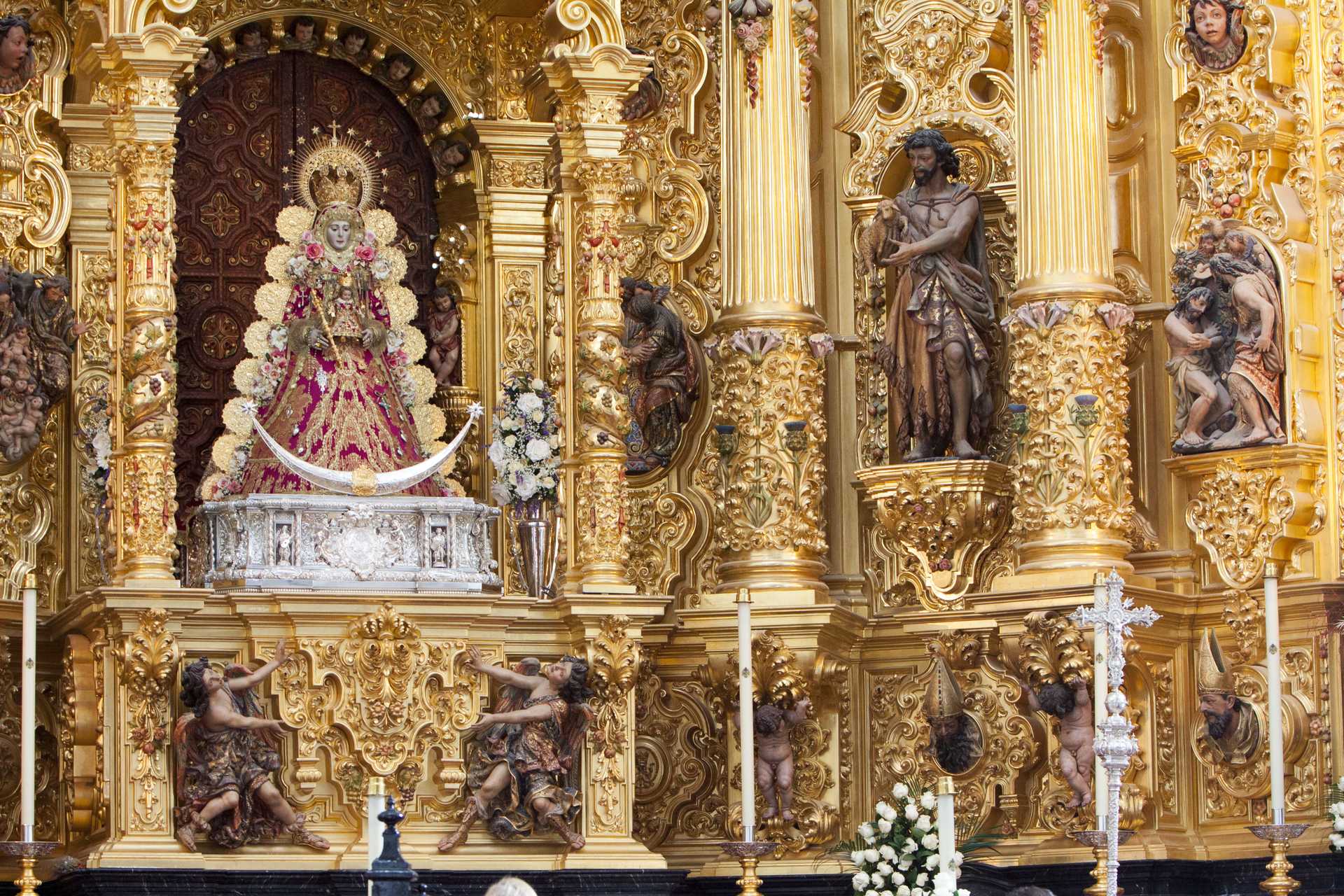 You are in...
Home Discover us Art and traditions El Rocío

Feel the true spirit of El Rocío...The pilgrimage begins with a walk through the ancient footpaths that converge around the River Guadalquivir. From dawn to dusk, a cloak embroidered with the moon and stars covers the tiny village of El Rocío.

Join the pilgrims, accompanied throughout the entire camino (journey) by the drumming, to the rhythm of the drums and the sound of the flutes.

In addition to the drumming, fireworks stud the sky, guiding and calling the stragglers and, behind them, the hermandades (brotherhoods) with their staffs and flags, in a cloud of fringes, polka dots and flowers.

Feel the true spirit of El Rocío, the mixture of inseparable sensations: joy, songs and the fiesta atmosphere, offset by tears, sighs, silence, promises and the open expression of emotion,... Endless processions of canvas-covered coaches adorned with flowers await the pilgrims in the village of El Rocío. The greatest pilgrimage in Spain is a riot of colour and joy.

The most typical way of doing the pilgrimage is on horseback, in one of the carretas (decorated wagons) or on foot, journeying through the marshlands and sleeping out in the open. On Sunday night no-one sleeps in anticipation of being able to enter the church and join in the procession of the Blanca Paloma (White Dove), by which the Virgin of El Rocío is known. The most exciting moment of all is the salto (leap), when the people of the nearby town of Almonte enter the shrine, leaping over the railings, and lead their Virgin in procession through the village.

In the camps, when night falls, the pilgrims drink, sing and dance. The sound of flamenco guitars and tambourines, carried on the sandy wind, animate the night.

Candles, torches and flares illuminate the simpecados, a banner of the Virgin transported under an elaborately decorated canopy, one for each hermandad, while thousands of people sing the Mysteries in honour of Our Lady, reeling off the prayer like pearls of love.

Feel the fervour of the multitude! See you there! 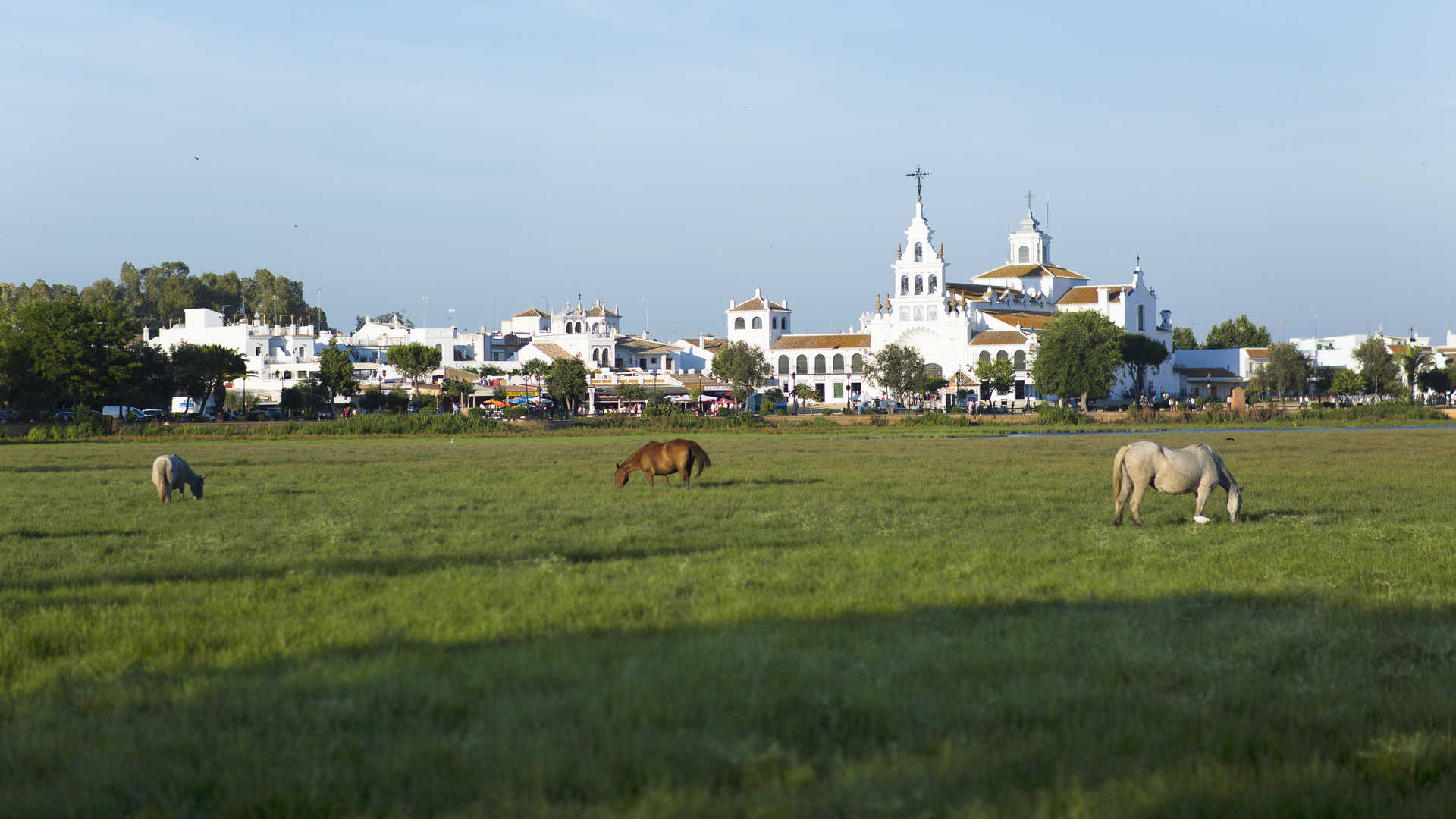