Mojácar, a walk through the history of a beautiful town in Almería

You are in...
Home Reportajes Mojácar, a walk through the history of a beautiful town in Almería

Mojácar, a walk through the history of a beautiful town in Almería 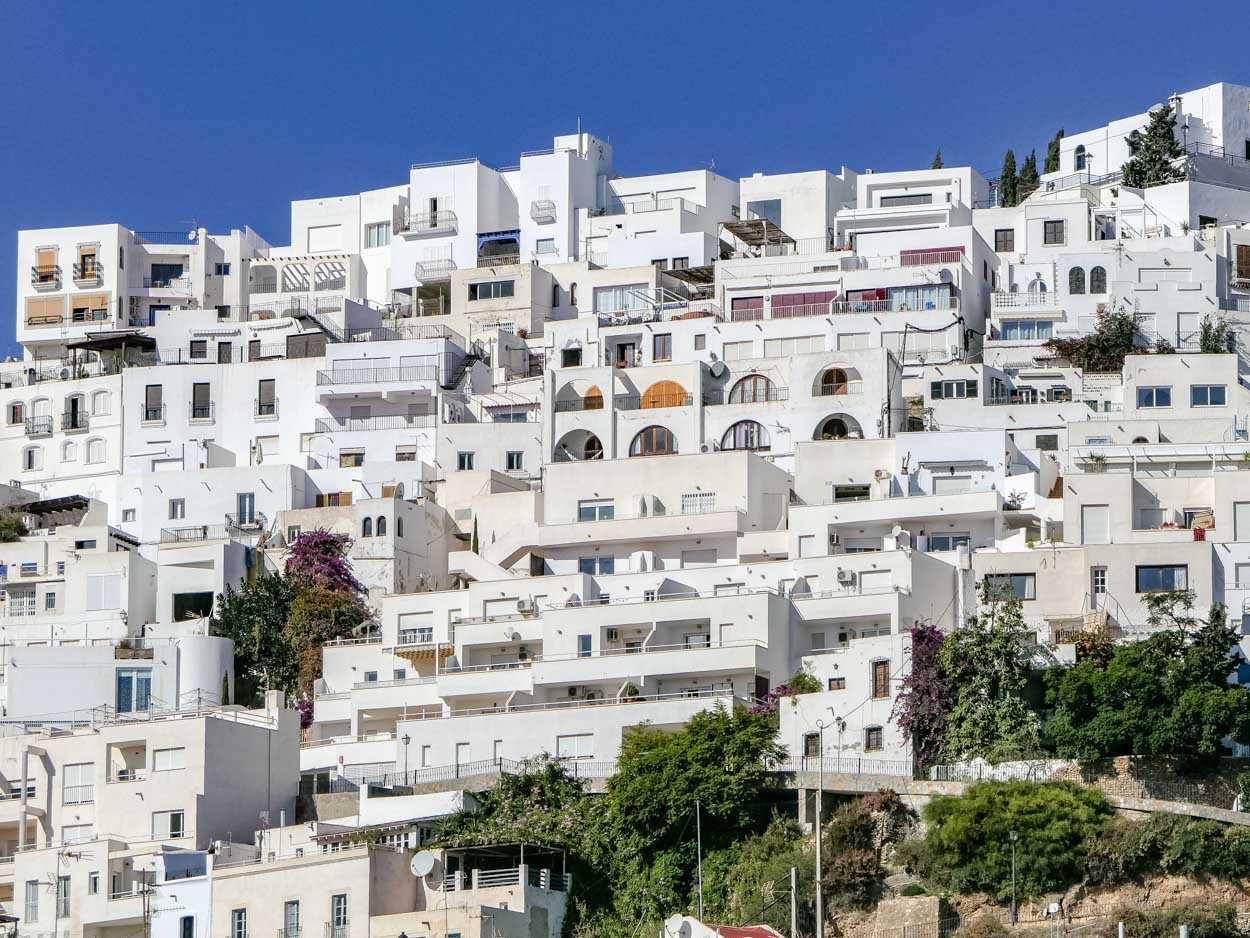 Mojácar is one of the main tourist destinations in the province of Almería. It is an old town to be visited and a beach to be enjoyed, with long history that tells us why this town attracts so many visitors.

Some towns are known for being popular with tourists. Mojácar is one of those places that for many years has had a great reputation as a holiday destination.

It is definitely one of the top destinations in the province of Almeria, in Andalusia, especially loved by British tourists, many of whom live in Mojácar during the winter.

If you still haven't been to Mojácar, don't expect to find a beach destination with large skyscrapers and a huge influx of tourists during the holidays.

Mojácar is something else – it is, above all, a pretty town that has managed to preserve the charm of a Mediterranean town with whitewashed houses and flowers on the walls.

If you are thinking of visiting or going on holiday to Mojácar, let me tell you that you won't be staying in the actual town, but in one of the hotels or apartments in the area known as Mojácar Playa, the coastline that is just three kilometres from the historic town.

Mojácar is the town where you will go up to eat, or to take a walk in the afternoon and have dinner, so that you can enjoy its charming streets and corners, as well as the impressive panoramic views from its viewpoints.

You will see that it has managed to maintain the essence of a Moorish town, with a very picturesque style, so certain spots will remind you of beautiful towns in northern Morocco, such as Chefchaouen or Asilah.

You will surely want to discover more about the town's historical roots and some interesting facts that explain the features of Mojácar as we know it today.

A key event happened in 1488: at the end of the Reconquest, when the Christian army was advancing, all the Moorish leaders in the area surrendered... except the one in Mojácar.

Then the Catholic Monarchs decided to send Garcilaso de la Vega to see if he could convince the leader to surrender.

In the end he achieved it peacefully thanks to the agreement by which the Christians promised that in Mojácar they would try to maintain Muslim customs.

However, not long after that the Moors were expelled from the area and settled in the north of Morocco, leaving their Andalusian imprint in places such as the aforementioned Chefchaouen, or the medina of Tetuán, which is precisely a World Heritage Site because it preserves that same essence that you can also find in Mojácar.

"La Mojaquera", the symbol of Mojácar

As soon as you arrive you will see that its main symbol is La Mojaquera, a woman covering her head with a scarf and carrying a pitcher of water on her head.

This image that you will see in the posters that are located at the entrance to the town, represents the washerwomen who, until the middle of the last century, used to wash in the so-called Mojácar Fountain, located at the foot of this town perched atop the mountain.

On your walk through the town you will also see some sculptures that pay tribute to this typical Mojácar tradition, also known as "covered women".

Another symbol of Mojácar that has spread all over the province of Almería is the Indalo.

The symbol comes from some Neolithic cave paintings found in Los Letreros Cave in Vélez Blanco. One of these symbols was the Indalo, a figure that you will see in many corners of the town, in sculptures, and of course, as one of the most typical souvenirs that tourists buy.

People say that the Indalo depicts a human figure with outstretched arms and a bow in his hands, and it is a symbol of good luck.

This image is not exclusive to the province of Almería, as it has been found in other parts of the world, for example, in Egypt.

Specifically, Mojácar was a place where people believed in witchcraft, and it seems that the Indalo was used as an object to keep witches at bay.

It should also be noted that in 1945, in the province of Almería, a so-called Indalian movement emerged – an artistic and cultural initiative started by the Almería painter and sculptor Jesús de Perceval.

The legend of Walt Disney and Mojácar

There is a more recent legend about Mojácar that you may have heard of, which says that Walt Disney was born in this town.

This legend, which has not been proven, stems from 1940, when three Americans in black suits came to the town on behalf of Walt Disney, looking for the birth certificate of José Guirao Zamora, who was born in Mojácar in 1901.

Legend has it that Walt Disney and José Guirao were the same person, the son of a washerwoman who had emigrated to the United States. The truth is that there is evidence that these Americans spent several days searching the municipal archives, although the birth certificate was not found.

Mojácar and tourism in Almería

Years later, in the 1960s, Mojácar was the first town in Almería to promote tourism, largely thanks to the then mayor Jacinto Alarcón, who, for example, gave abandoned houses in Mojácar to famous people so that they could live in the town.

Journalist Tico Medina was one of the most popular people who became a regular visitor.

Tito del Amo, the first American who settled permanently in Mojácar, arrived around that time after reporting on the Palomares bomb accident.

And another curious fact is that Mojácar was the first place in the province of Almería where a movie was filmed: Cursed Mountain, in 1953; and it was also the location for the series Curro Jiménez in 1976.

Nowadays, when you visit Mojácar, you will understand the town's charm and how much this town has meant for the province of Almería.

Although you can park your car in the car park and then go up to the town in a lift, the best plan is to walk up and enter through the old city gate that has been preserved since the 16th century, with a sign that is still in Arabic.

It is definitely one of the most beautiful spots in this town. On your walk you can explore the narrow streets, see beautiful places such as the Town Hall Square with its huge weeping fig, and finally reach the viewpoints in the upper part.

From there you will be able to get a view of the landscape that stretches out below Mojácar, popularly known as the Valley of the Pyramids because of the hills that resemble these famous Egyptian monuments.

At the end of the day you can go down to your accommodation in Mojácar Playa, a pleasant and cosy residential area, with endless rows of small whitewashed houses overlooking the sea. 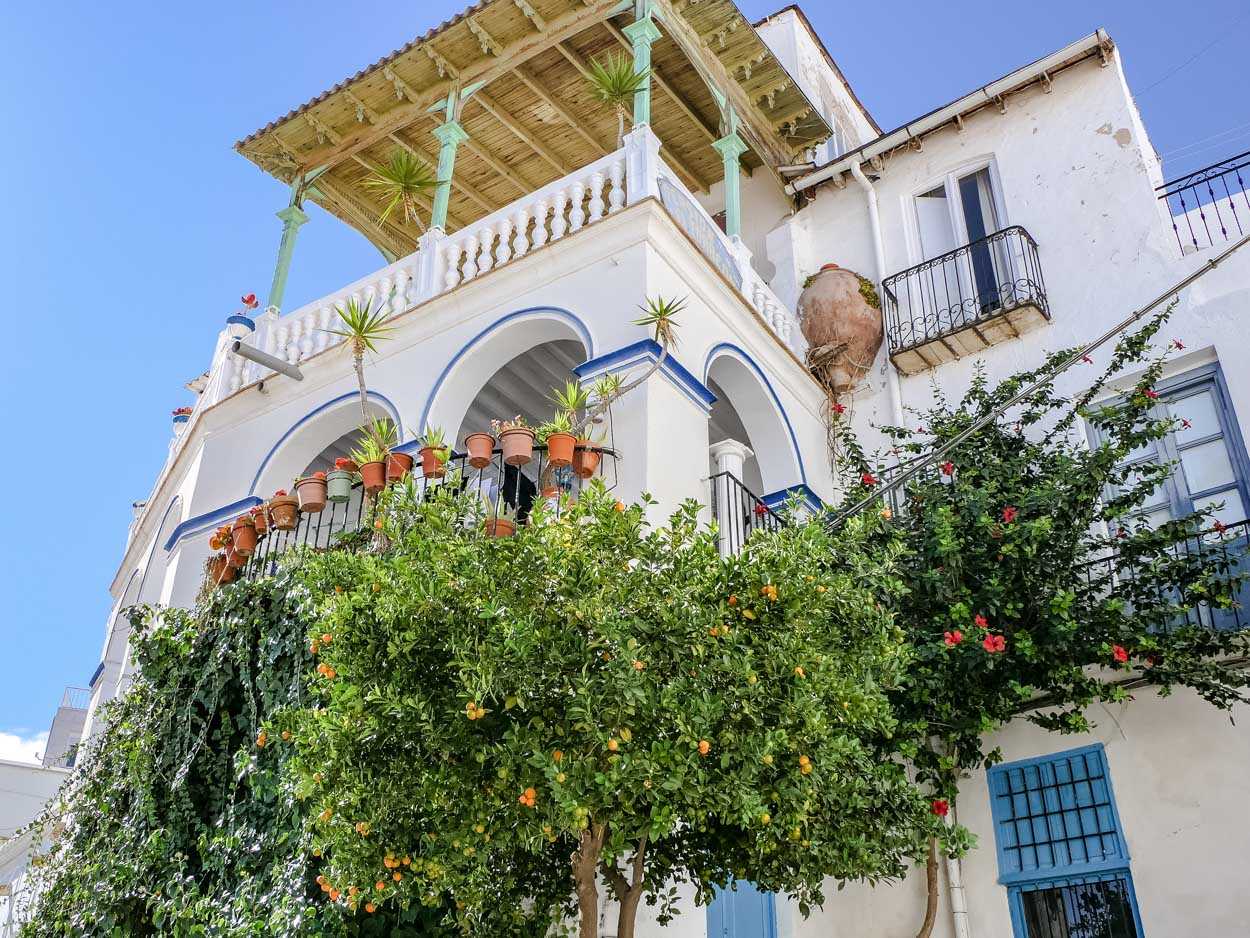 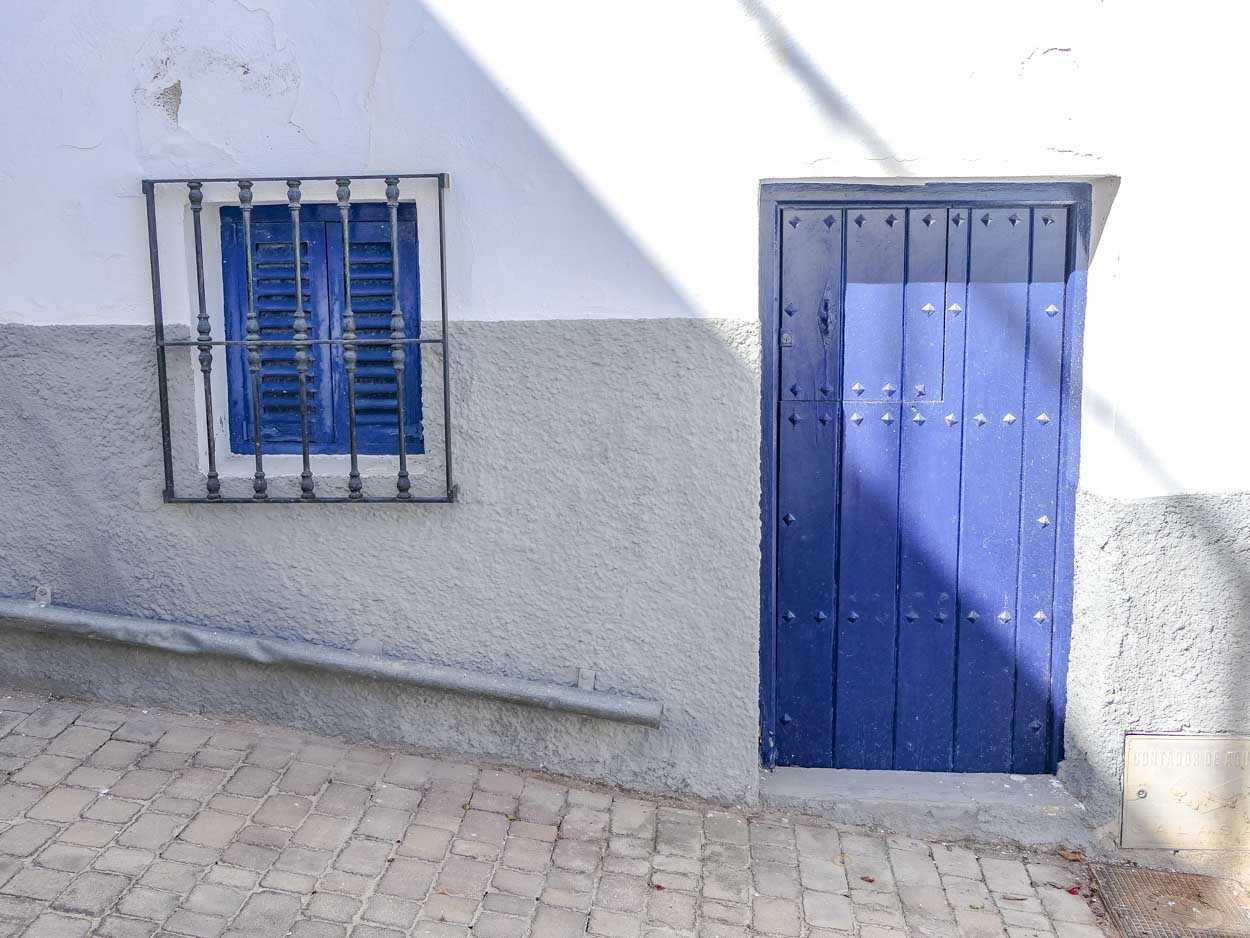 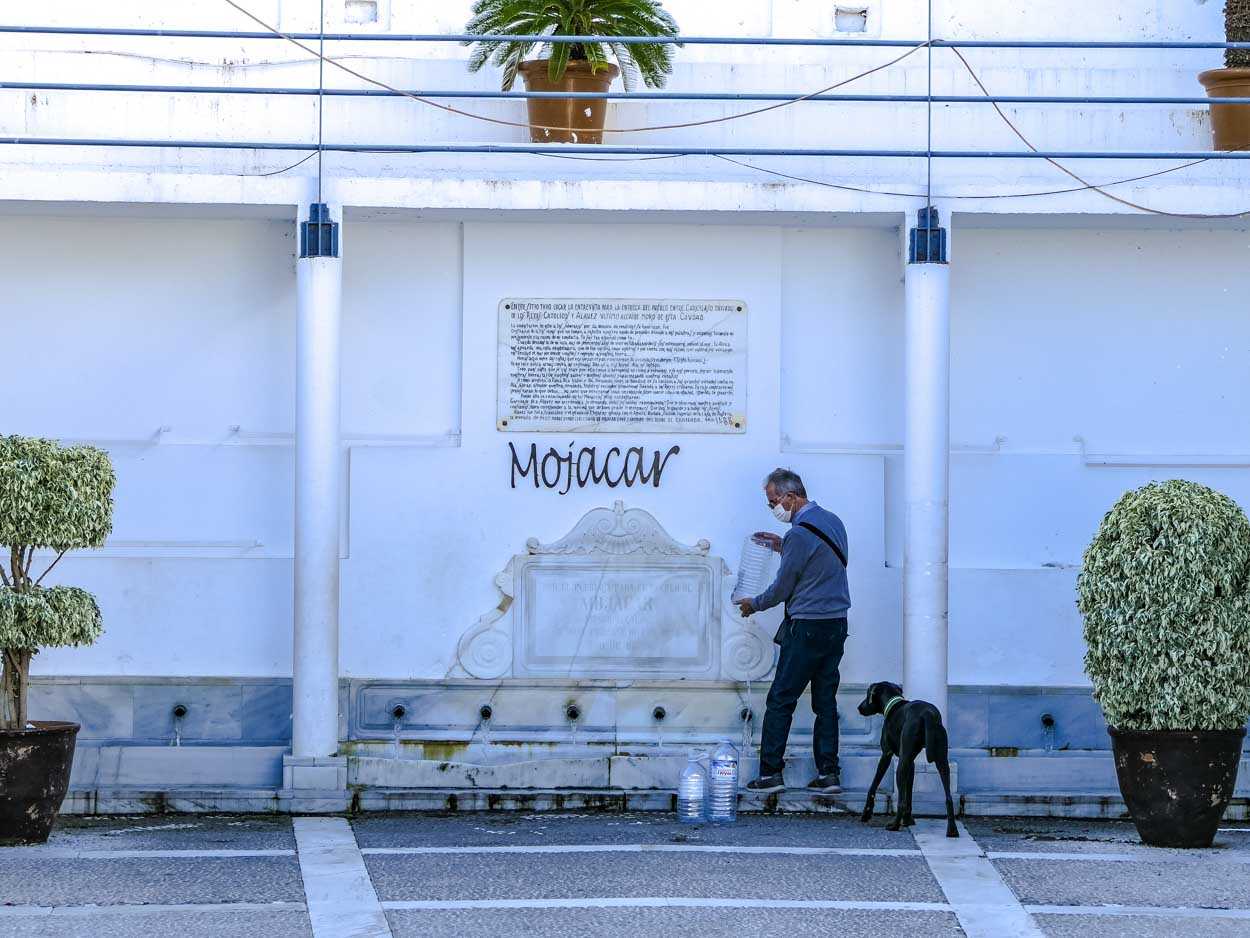 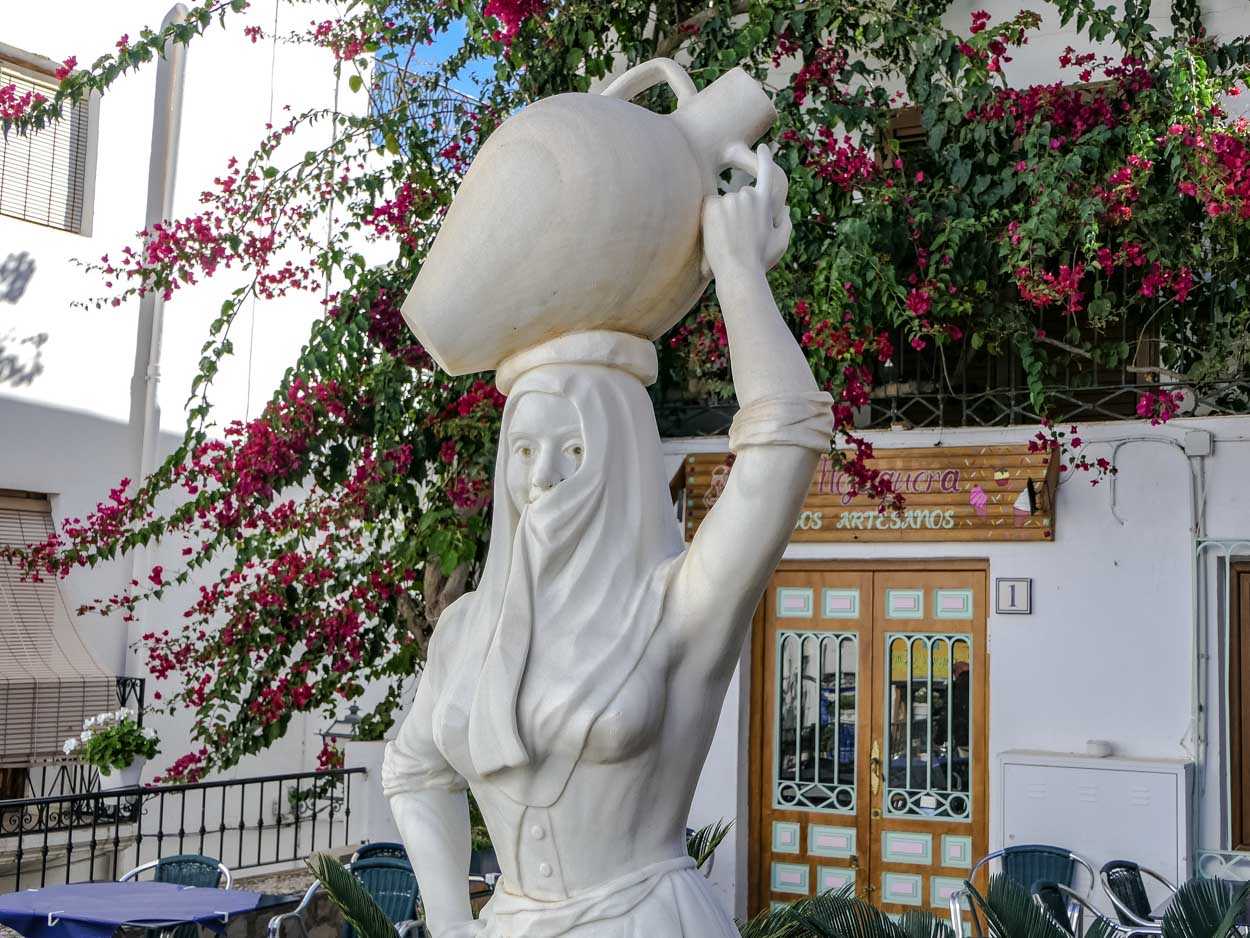 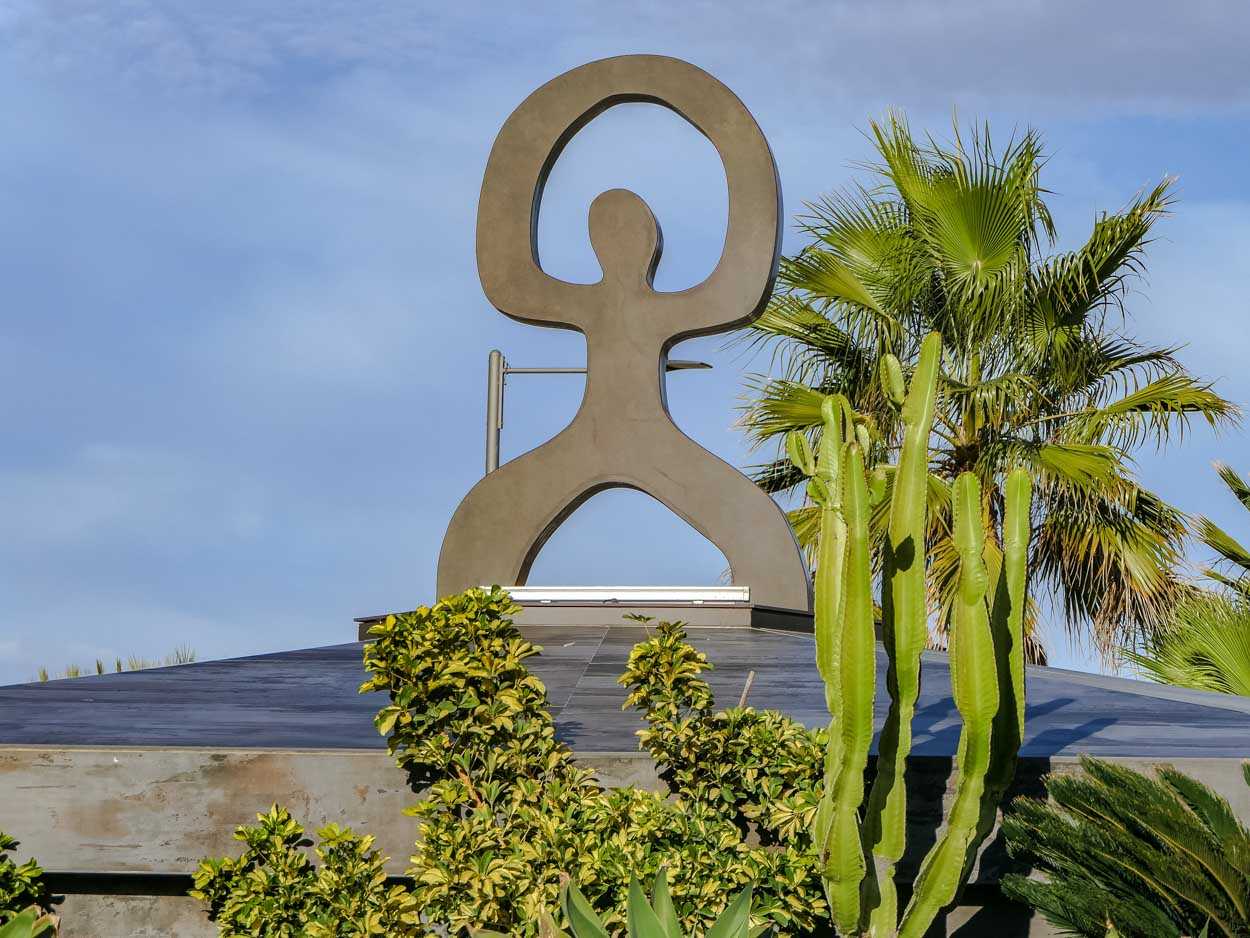 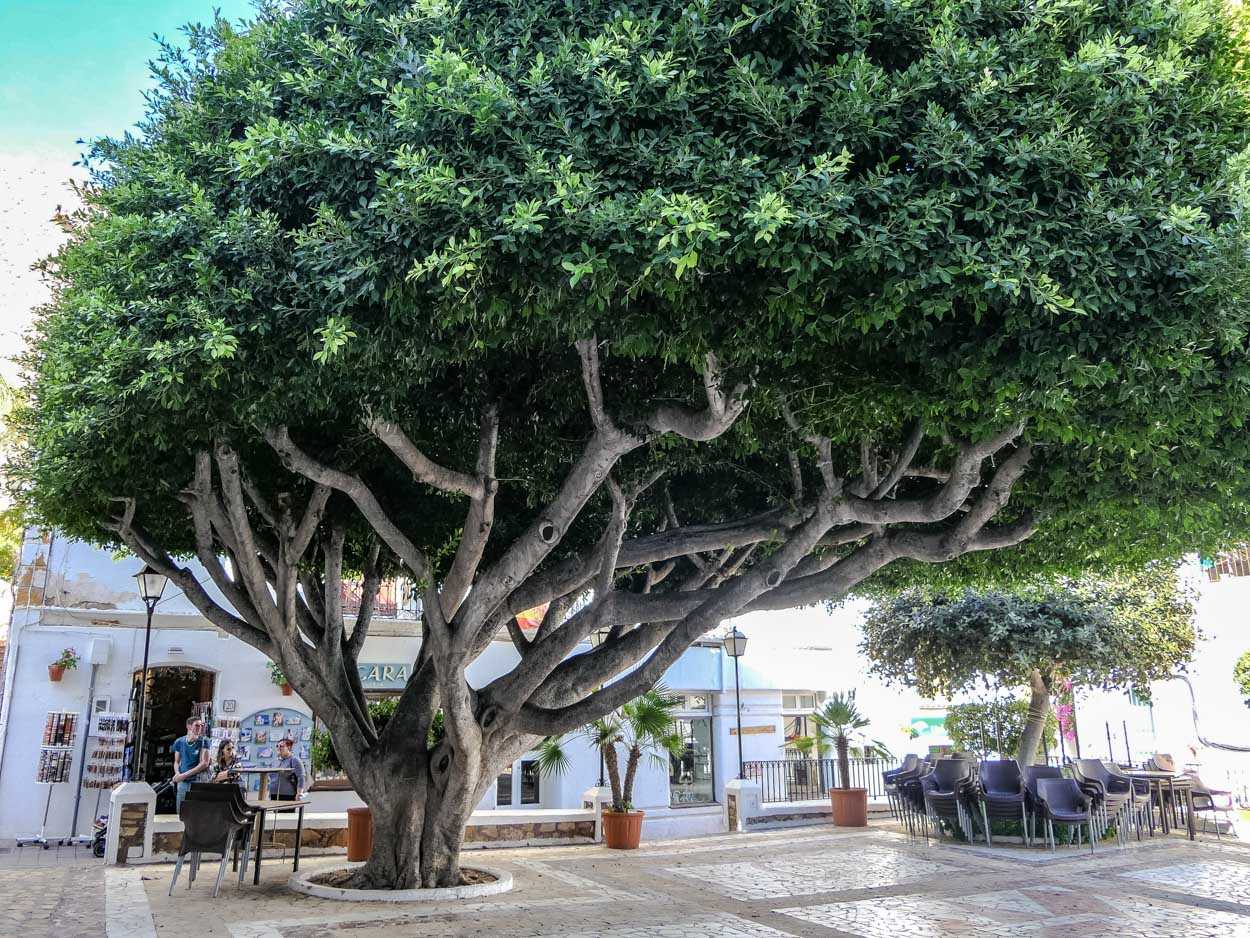 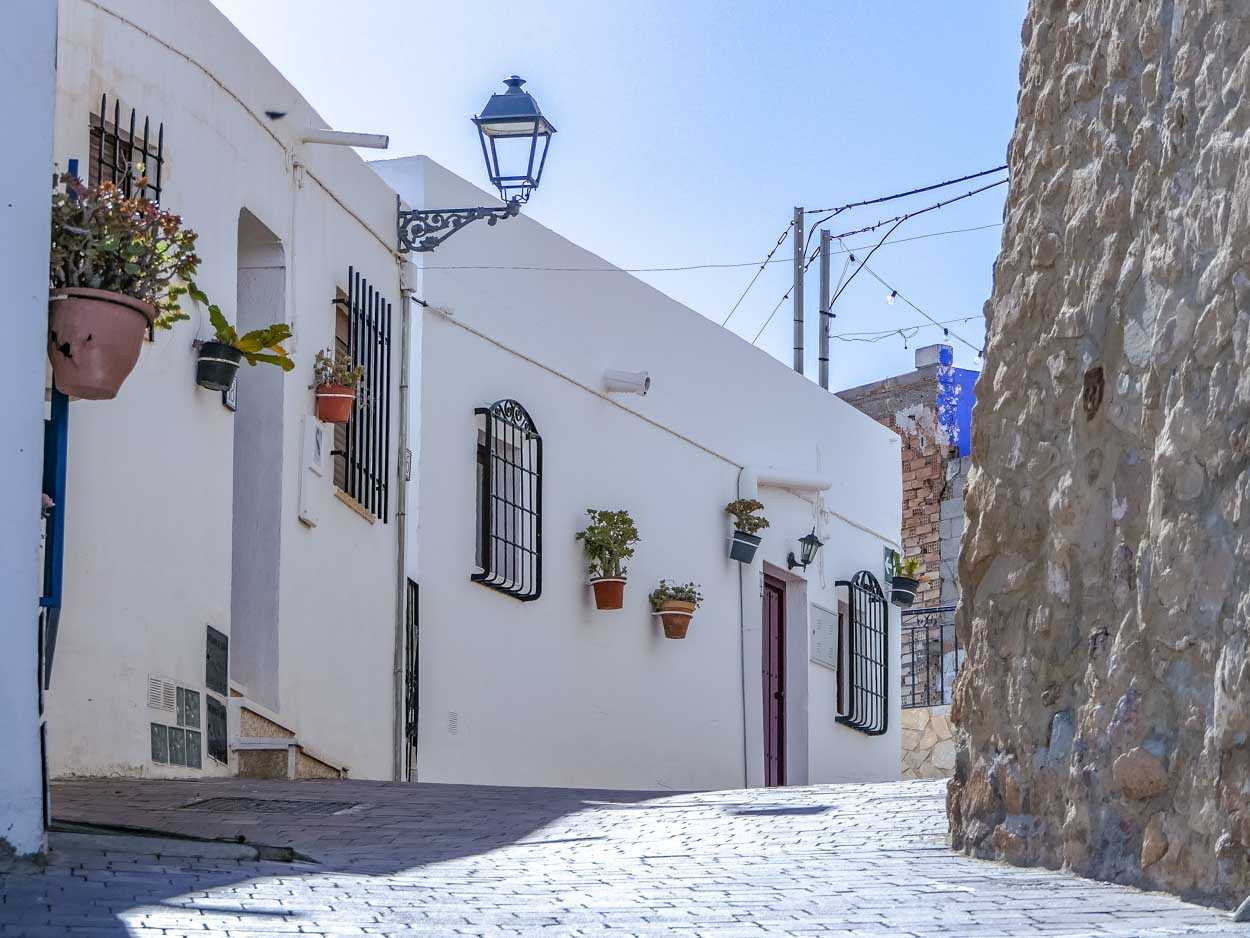 Mojácar, a walk through the history of a beautiful town in Almería
Mojácar (Almería) 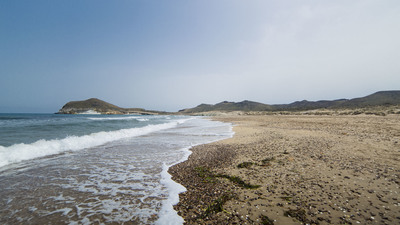 Almeria immense. 4 things to remember when you visit the province 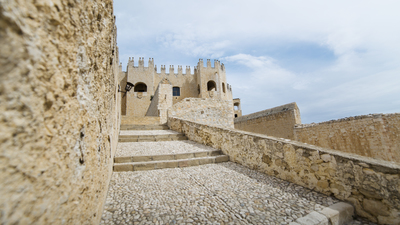 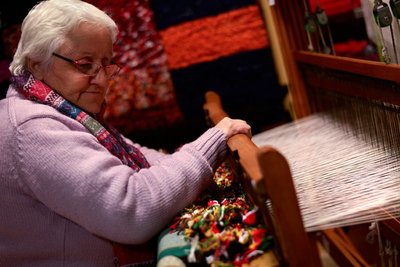 Angelita and her low warp loom, an Andalusian gem 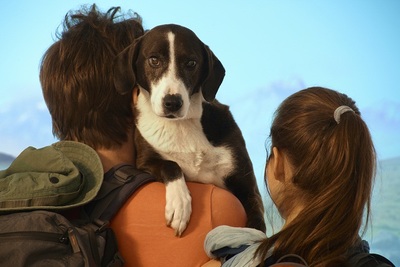 Hiking routes you can try with your dog in Andalusia 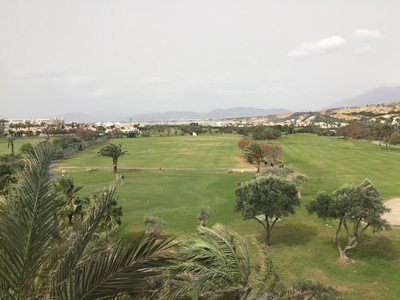 Almerimar Golf, one of the oldest established golf courses in Andalusia 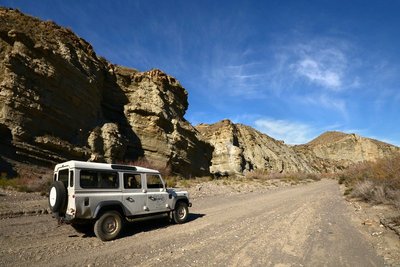 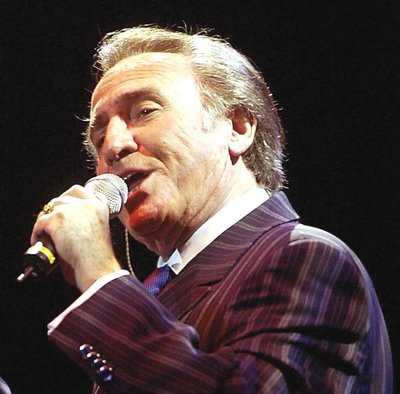 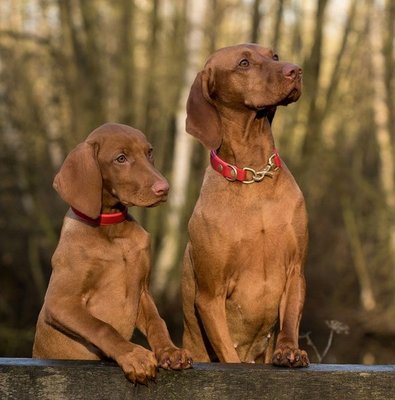 Travel to inland Almeria with your pet