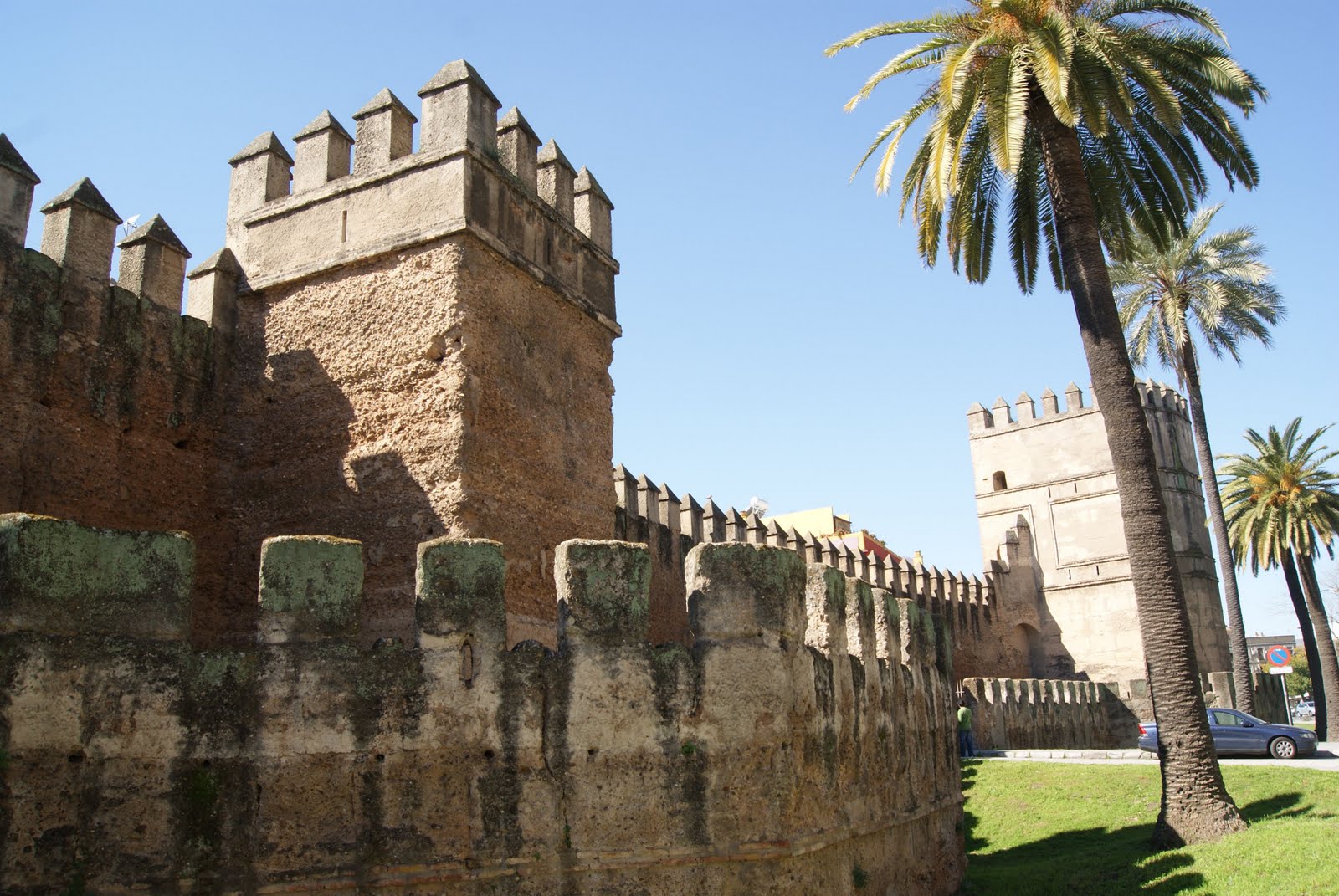 Seville's Murallas or Walls were the military enclosure that have surrounded the old city since Roman times. They have been renovated many times, particularly in the Moorish period and after the Reconquest.

The pressure of the Christian Kings during the Reconquest necessitated the reconstruction of what had been demolished and the building of new sections. The towers were changed from being square to being rectangular, and then octagonal. A ditch was built together with an outer wall in many areas, widening large parts of the defensive line. The Torre del Oro and its counterpart on the other side of the river were built outside the Walls to defend the Barcas bridge. The bridge linked the city to Triana, the Aljarafe and the Sierra Norte hills, the city's main sources of food.

In the 13th century, over 160 towers (joined by seven kilometres of walls), the outer walls and the ditch defended the city from the Christian advance, protecting an area of three hundred hectares.

They remained in good condition until the 19th century, when they were partially demolished in the 1868 revolution. Nowadays the best preserved stretch is between La Macarena (including the Macarena Arch) and the Cordoba Gate, where some stretches of the walls remain in the district and around the Reales Alcázares. 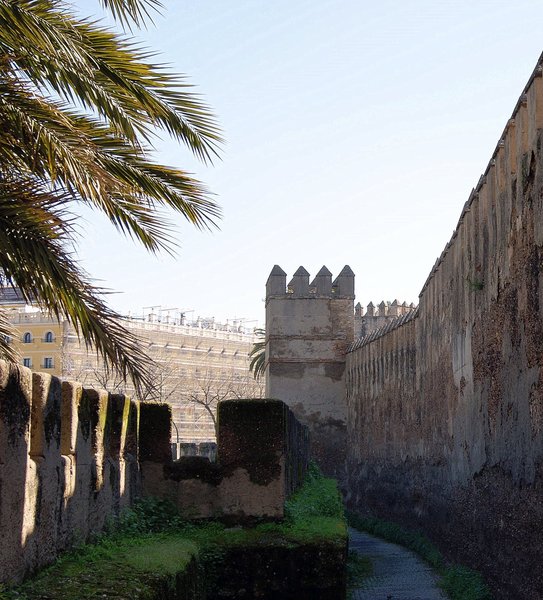 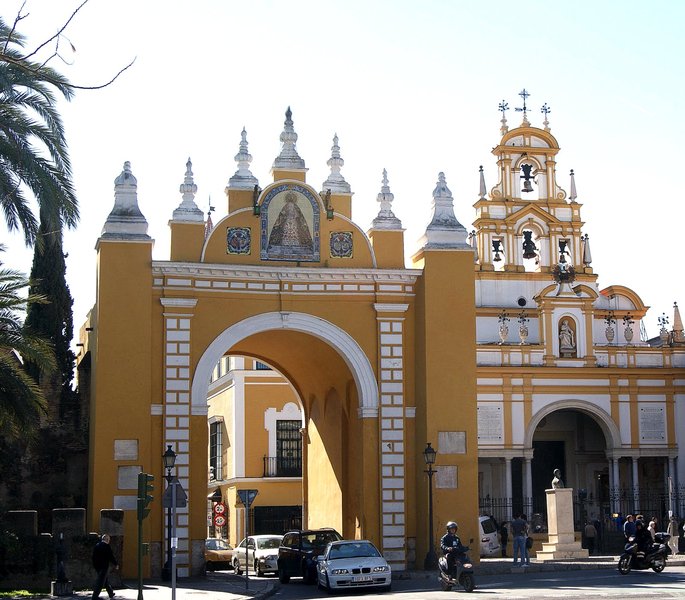 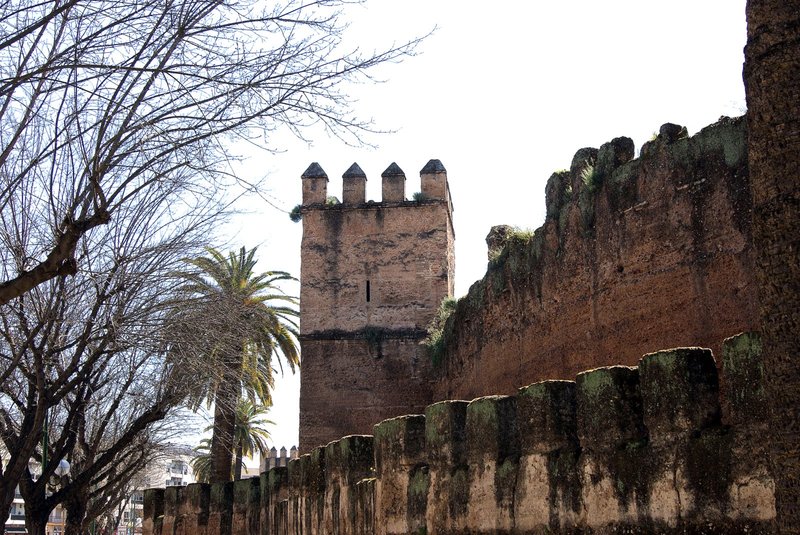 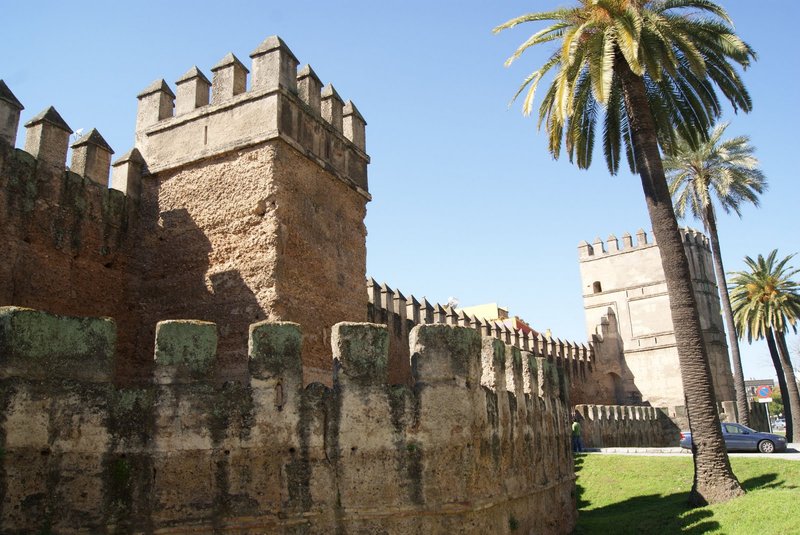 Other Monuments or patrimonial Elements, Citadel 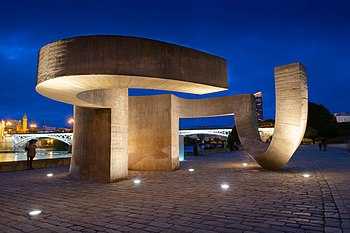 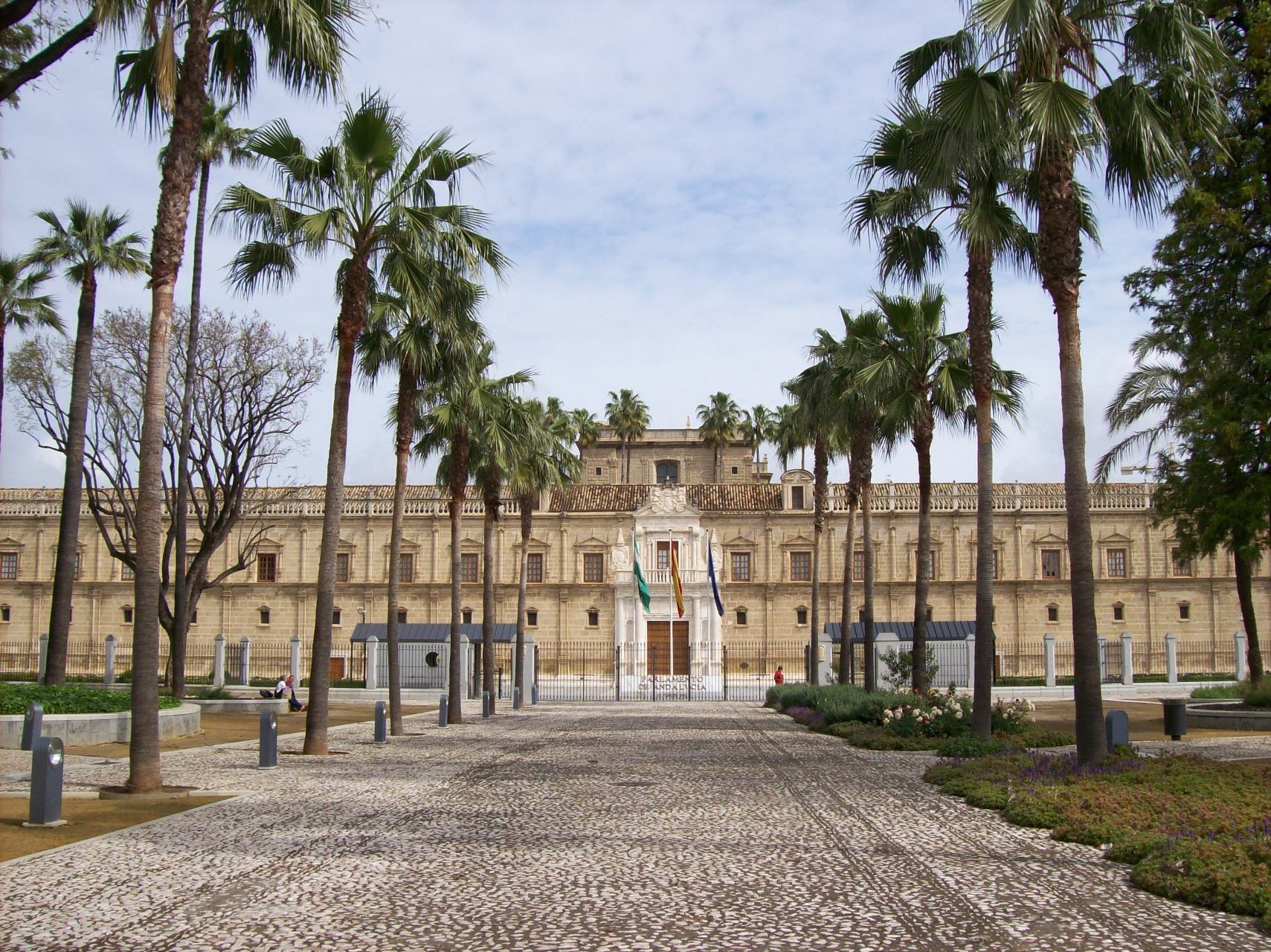 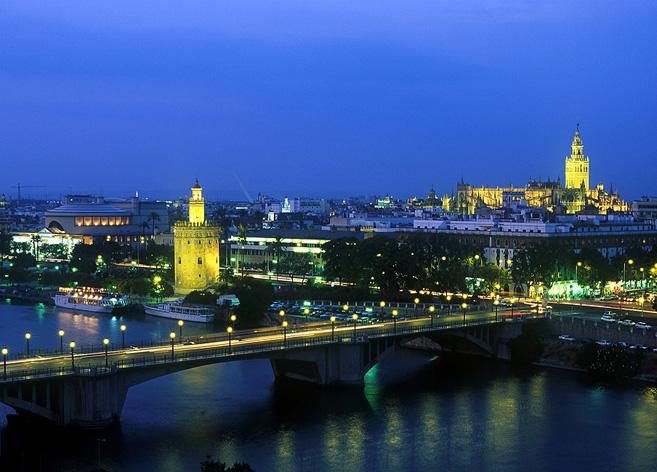 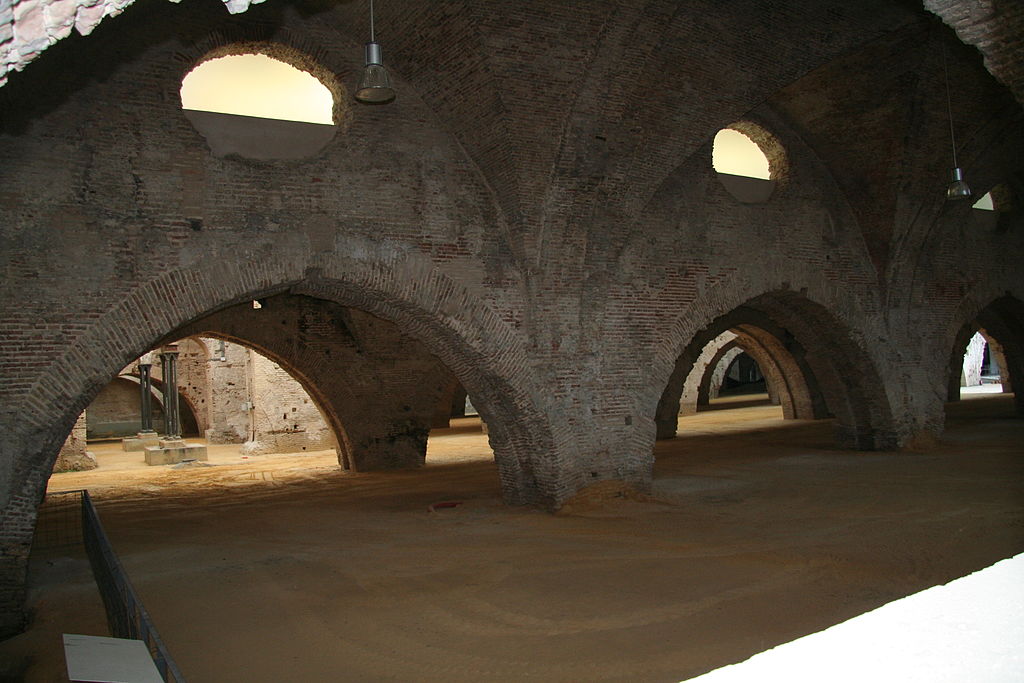 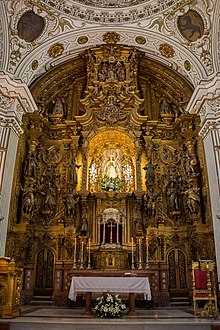 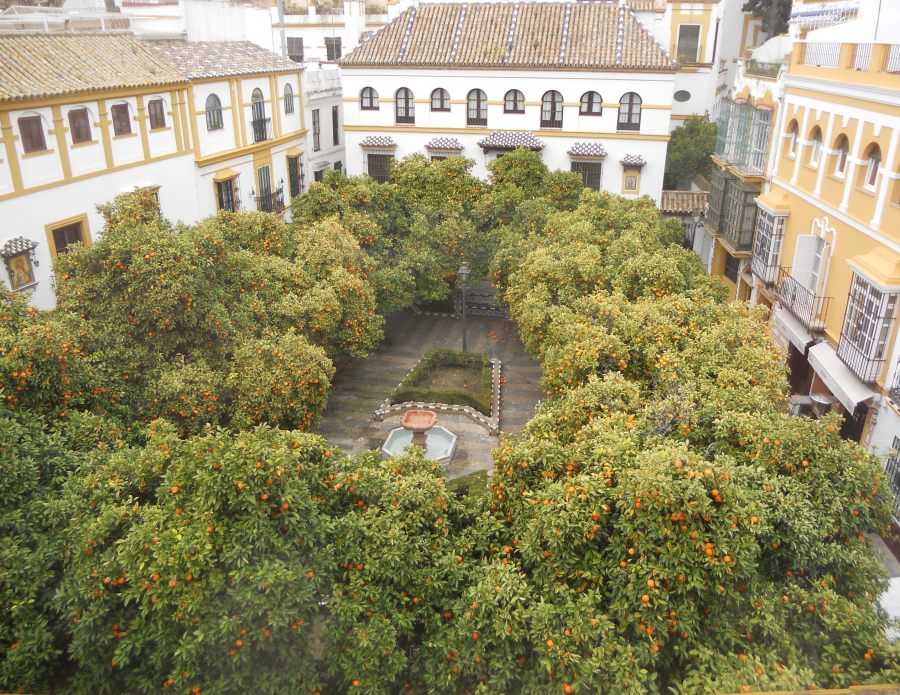 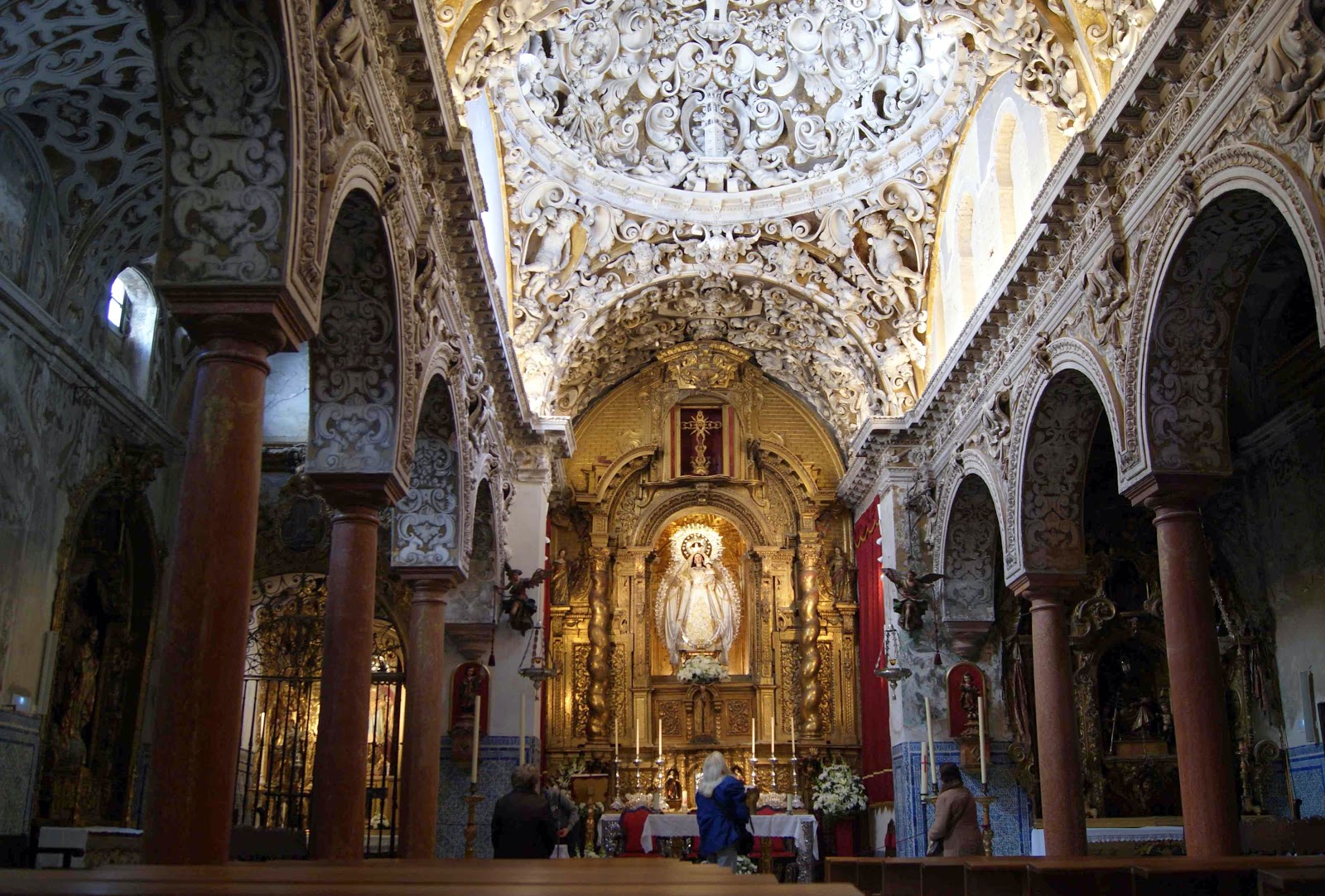 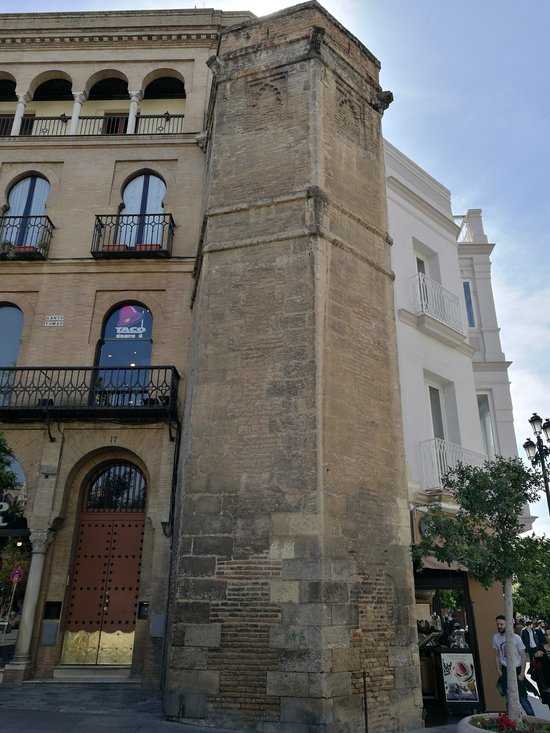