Sierra Alhamilla Natural Space forms a part, along with Sierras de Gádor and Cabrera, of the coastal Baetic System. This is a mid-mountain area northwest of the city of Almeria, between the wastelands of the Tabernas Desert and the Bay of Almeria. To the south it borders the Valle Bajo of the Andarax and the Campo de Níjar.

Its relief, which is hilly but with steep slopes, is the result of the erosion of a geology comprising schist and quartzite, where water sources have played an important role, like at the historic baths of Sierra Alhamilla. This mountainous massif acts as a large lung that oxygenates the devastated surrounding plains.

As an important point in the establishment of the first settlers in the province (the populations of Los Millares and El Argar), its name denotes the notable influence the Moorish period had on its history. In addition, it provides extremely valuable shelter for numerous plants and animals that have found the ideal place to survive in this oasis against the harshness and hostility of the environment. The diversity of species has led to this natural area to be included as a Special Protection Area for Birds (SPA) by the European Union.

Regarding its plants, a great mass of holm oaks is worth mentioning. They are the remains of the vegetation that in the past and in other climate conditions probably covered most of the province of Almería. Nowadays, these holm oaks are confined to this mountainous island due to the extremely arid conditions that surround them. The holm-oak wood of its peaks is complemented by scrubland, with flax-leaved daphne, common madder, thyme, marjoram and rockrose that, along with kermes oaks, constitute the usual vegetation when it deteriorates. At lower levels are communities of black hawthorn, olive trees and mastic. As introduced elements, the populations of conifers are notable, including those carried out with the Aleppo pine and the maritime pine.

In terms of wildlife, it is worth noting the presence of foxes, genets, boars, badgers and weasels, and emphasising the diversity and uniqueness of the area's birds, especially birds of prey: Bonelli's eagle, the golden eagle, lesser kestrel, peregrine falcon and eagle-owl. In general, the foot of the mountains is an area of exceptional importance for populations of steppe birds, including the unique trumpeter finch. 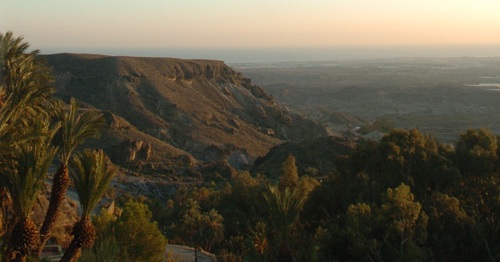 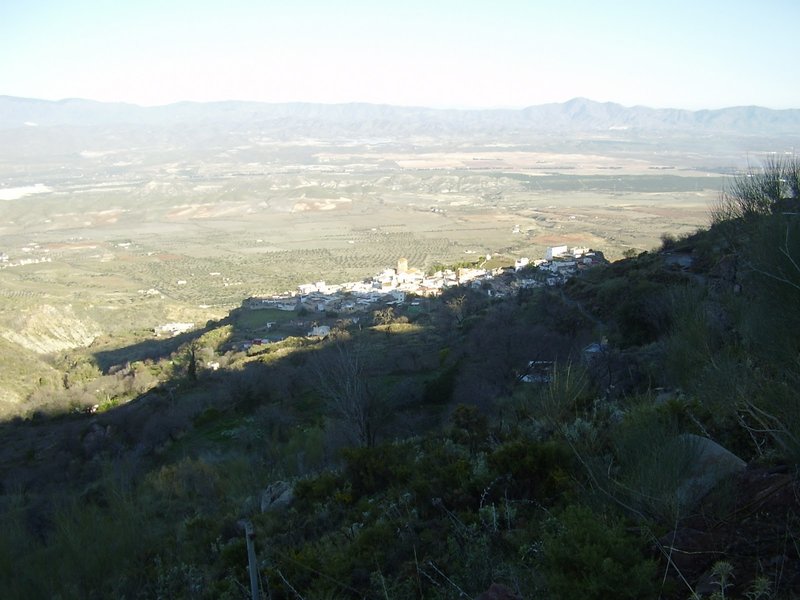 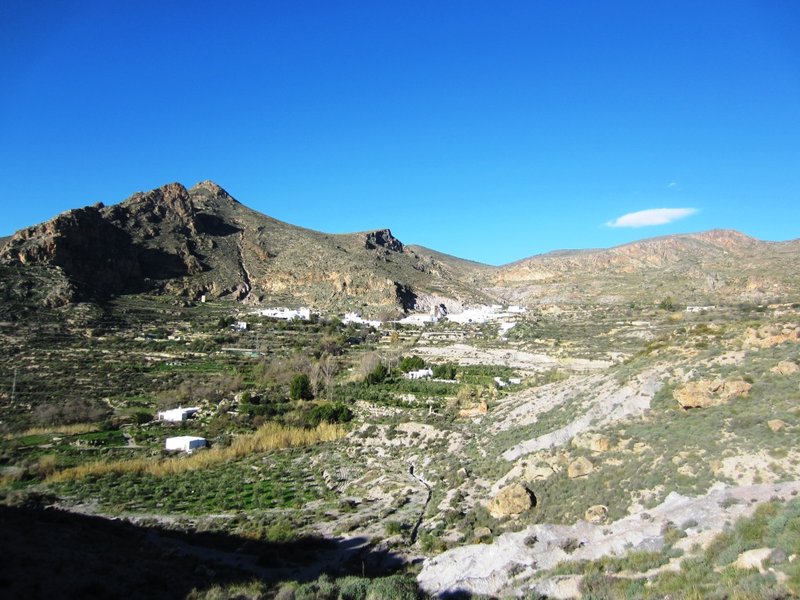 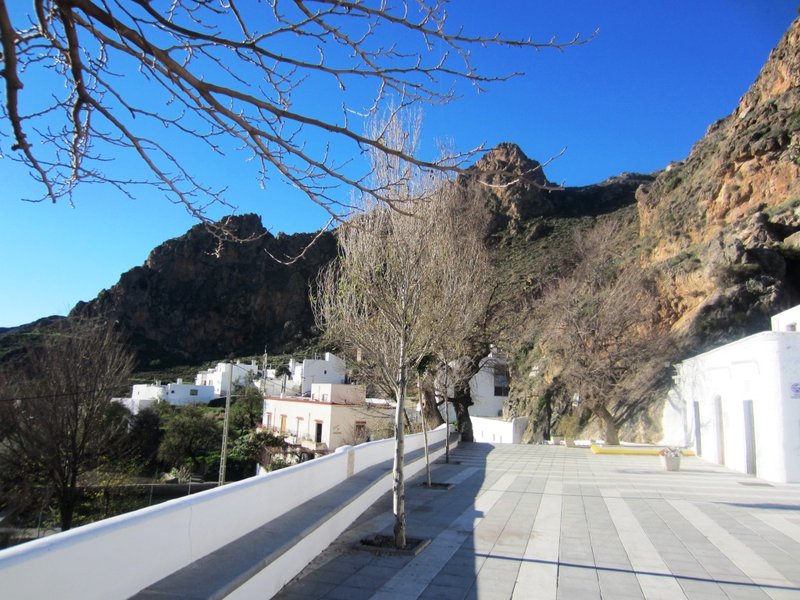 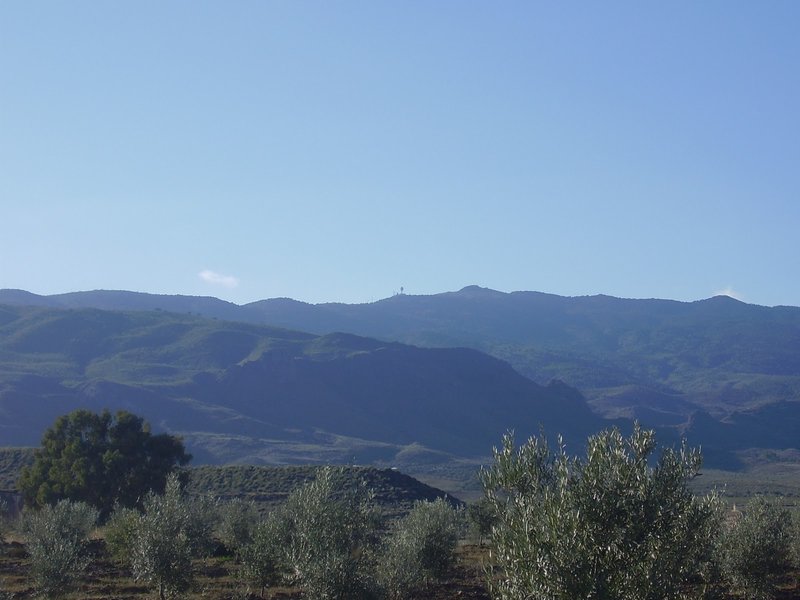 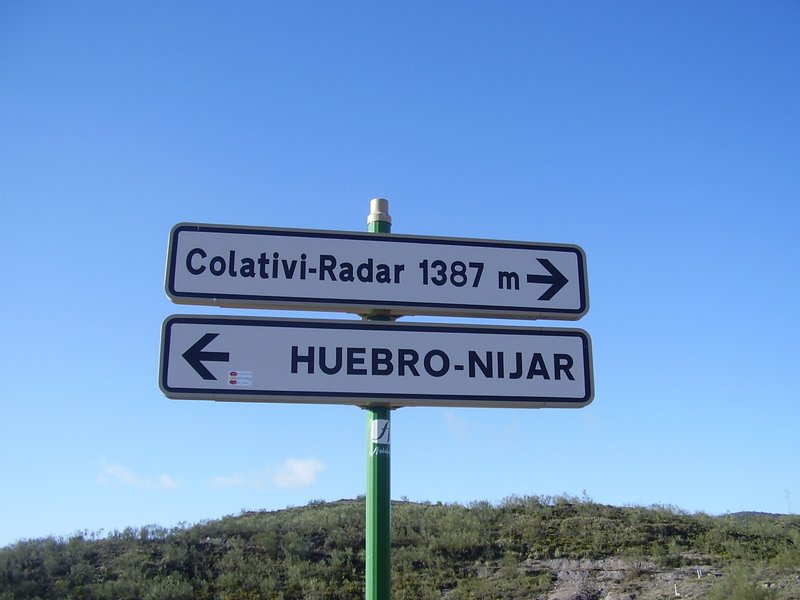 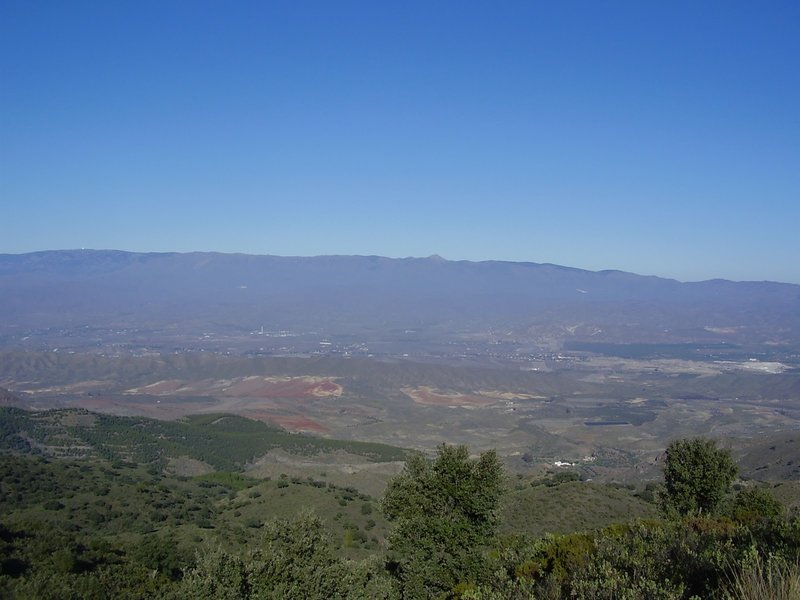 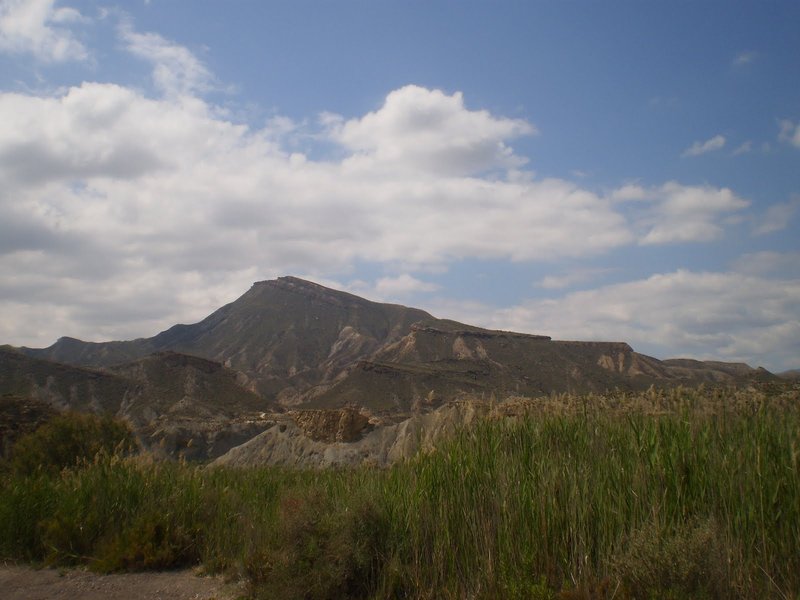 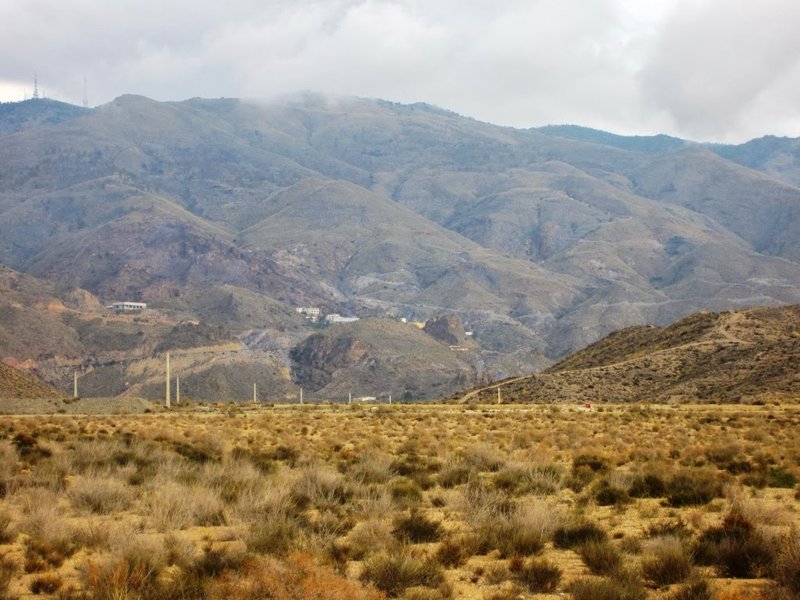